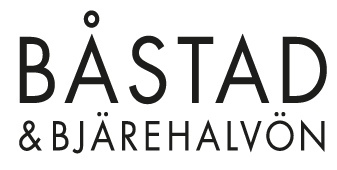 Art and culture that you must not miss!

In the middle of Bjäre, in the village of Svenstad, Birgit Nilsson's family farm is beautifully nestled between hills and pastures. Here, La Nilsson grew up and worked on the family's farm while she dreamed of a future in the world of singing.

The farm is today a museum, according to Birgit's wishes, where memories from childhood and the incomparable opera career are preserved.

Birgit's childhood home is shown in pristine condition in the company of a guide, who tells about growing up and the path to music. Place in viewing can be pre-booked. Limited accessibility to the dwelling house.

In the old logo is the exhibition "Birgit Nilsson - moments and tones", every year with a new theme. Here is an insight into life on the way to and on the opera stage, the fantastic music and not least love.
Both the private person Birgit as well as the star "La Nilsson" are portrayed.
The story in the accompanying audio guide gives the exhibition an extra dimension and is available in Swedish, English and German.
Adjacent to the exhibition you will find a cinema hall, where the film is shown continuously. Next door is a media room where you have the opportunity to immerse yourself in our digital archive or browse the fact files.
Join us on a journey through Birgit Nilsson's fantastic life and opera career!

In the carefully renovated stable there is today a café. Here, good sandwiches and home-baked according to Birgit's own recipes can be enjoyed in an atmospheric and different environment. The stable café has no entrance fee and the same opening hours as the museum.
Free Wi-Fi throughout the yard for our visitors.
Welcome!

Båstad-Bjäre Art Association sees as its task:
- to arouse, maintain and spread interest in art within Båstad municipality and the surrounding area.
We do this by:
• Arrange art exhibitions in the association's gallery, Båstad Art Gallery, which is located in the Knowledge Center Agardh.
• Arrange art trips for our members to interesting exhibitions, both inside and outside Sweden.
• Invite to lectures and film evenings that deal with topics in art and culture.
• Arrange an art lottery every year - an appreciated event where our members get the opportunity to win quality art objects.

The best of Scandinavian design collected on 1000 square meters in Boarp between Torekov and Båstad.

Celebrate Norrviken's gardens' 100 years with inspiration from the Renaissance

Celebrate Norrviken's gardens' 100 years with inspiration from the Renaissance

This year it is a hundred years since Norrviken's gardens opened to visitors. It is celebrated in the sign of the Renaissance in the manner of Norrviken when you let the richness of ideas of the era and open mind permeate the gardens, art, music, food and experiences.

The park's founder and visionary Rudolf Abelin opened Norrviken for the first time on 15 May 1920 for visitors. 100 years later, Norrviken's gardens are facing another new era. New 100 years will begin and the past will be remembered. The 2020 theme at Norrviken is therefore inspired by the Renaissance. A time when the desire to develop, discover and innovate was at the center. The landscaped gardens were created, integrated with the buildings and lavish flower arrangements were created.

The birth of Venus inspires

Norrviken draws its tonality and inspiration from the painting Birth of Venus current selection of plants, images, colors and music. In the Baroque Garden, the visitor passes through The gallery on its way to Villa Abelin. Here, in a natural setting, famous works by the great masters of the Renaissance such as Botticielli, Da Vinci and Michelangelo are presented. Of the park's style gardens, the Renaissance garden is in focus with its tightly cut forms of boxwood and tall beech hedges. The Water Garden also plays an important role as part of the Renaissance theme. The colors of spring are in white, gold and pink. Beautiful tones with clear

connection to the renaissance is found in lots of bulbous plants and flowering lilies that are later replaced by summer flowers and perennials in a mighty bloom well into autumn.

The language guide Ingrid Persson Skog specializes in Båstad - Bjäre, with a preference for themes in history, culture and food. Regular and tailor-made tours in Swedish, English and Scandinavian are offered all year round together with knowledge of and passion for this wonderful part of Sweden.

The language guide Ingrid Persson Skog arranges lots of different guided tours for the public. It can be anything from a movie walk in the breathtaking Hovs halls to a piece of unexpected Nobel story in Båstad. You buy a ticket directly in connection with the guided tour; cash / card / swish. More information about this can be found under the heading Calendar on my website www.sprakguiden.com

If you want to book a private guided tour on foot, by bus and boat, this is of course excellent. Bicycle guidance is also an option, provided that you and your group have their own bicycles. Just call or email for more information.

How about gourmet cycling, hiking on steep paths or why not a discovery trip on Halland's weather island? The price range varies depending on the group size and the length of the event.

Since I started my company Språkguiden Ingrid Persson Skog, I have had countless assignments in Båstad - Bjäre, but of course also in other places in Northwest Skåne and Sydhalland. Furthermore, I regularly guide international cruise travelers, mainly in Helsingborg - Helsingör.

You are most welcome to book your guided tour!

Sven Lingardsz was born in 1944 in Ljungby and is now active in Hov, which is located by Båstad. He previously worked in the United States, Switzerland and Austria.

In his art, Sven Lingardsz works with a tradition-based painting, often within a symbolist and unreal-surreal reference system, in resin oil technology, mostly on wooden panels, but also graphics - preferably stone prints - and objects. The world of images primarily depicts human deeds and interpersonal relationships, as well as interpretations of, for example, sayings or different values.

Lindgardsz is represented at Malmö Museum, Swedish Parliament, in many municipal collections, he has received several scholarships, participated in radio and television. Sven Lingardsz has exhibitions in galleries, art galleries, museums, fairs, companies and also internationally.

His paintings can be seen in the exhibition hall located in Sven Lingardsz's studio in the enclosed half-timbered yard outside Hov, Båstad. There he also gives lectures on painting, printing techniques, the conditions of the artist and the art industry.

Open Tuesday-Sunday 13-18. Mondays or other times; by appointment

The weaver in Båstad weaves linen. A distinction is made between full linen and half linen. This means that we only use clean linen. Also in the warp. It gives a luster that shines. And a strength that stands up. We have been weaving whole linen since the forties and we do it in Sweden.

Then we have full control over the quality and can also weave to order. We care about the craft and the tradition. One of our designs - David's harp - is from the 1600th century. If you want to know more, sign up for a guided tour below.

Charlotte Hedberg is open in her studio in Hallavara where she shows her photo triptychs, paintings and silver jewelry.
Read more

Christel Khan is an artist who works with painting, ceramics and sculpture.
Read more

As a member, you support the association's events, culture and art music. Membership includes: the festival's program folder via e-mail, invitation and discounted price for concerts during the winter season. As well as the satisfaction of doing an important cultural deed.
Read more

Bjäre Kultur och Meditationscenter was born on Sunday 16 January 1994 and the overall purpose of the center is to work for inner peace to create outer peace. Our motto is "A silent path to international peace"
Read more

Östra Karup's church is located on the northern slope of Hallandsåsen. The church was probably built as early as the end of the 1000th century or the beginning of the 1100th century.
Read more

Wants to tell the story of Båstad as a Danish medieval city and Swedish city spot. Crafts, coastal shipping and fishing. From bathing and health resort to tennis metropolis.
Read more

The gallery is located in the middle of the small village Östra Karup and started in 1998 when the old mill building was converted into an exhibition hall. Every space on the farm has been used to create the opportunity to let many artists show their work at the same time. In the garden, sculptures are displayed in the gallery's green room
Read more

The handicraft fair in Båstad

The craft fair at Norrvikens Trädgårdar offers modern design with a timeless feeling and has something for everyone. Always the last weekend in July!
Read more

Hembygdsparken in Boarp. Step into a bygone era, visit the country store, old farms from the 1600th century and a school hall from the past.
Read more

Art courses are arranged here for adults and children, where you can try out different techniques.
Read more

Museum with a ball feel! In the middle of Båstad is Sweden's only tennis museum. The museum offers a lot of content and many famous names in a small space. Guided tours can be booked. If you also want to visit Båstad Centercourt, this is within walking distance of the museum.
Read more
FAQ
About the Bjäre Peninsula

We really love our area and are constantly working to spread how amazing we think it is. Most important of all are you who visit us and therefore we humbly ask for help to spread the message. Become an ambassador for the Bjäre Peninsula and share the page with the buttons below.

繁體中文
close menu
To do
Accommodation
Good to know

Want to know what you think of the site?

Surely it's annoying? This Website collects "cookies" so that you, dear users, have the best possible experience.

When the Accident Has Arrived